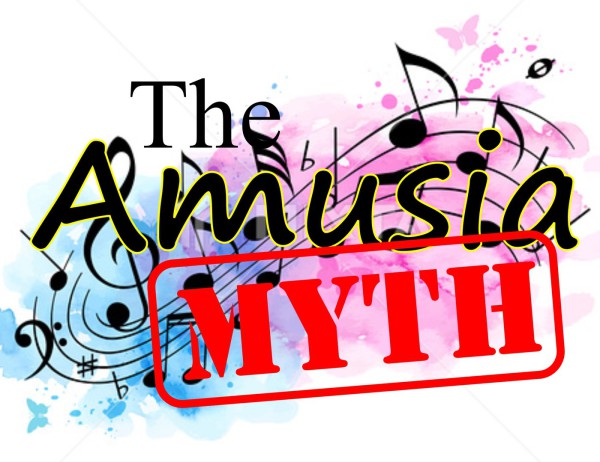 I’ve heard quite a few ways people have described their perceived “tone-deafness.”  The most popular one is, “I can’t carry a tune in a bucket.”  I also heard one guy say, “I can’t carry a note unless it’s thirty days, and I get behind on those.”  Christians always reference Psalms 100:1 in the King James Version which says, “Make a joyful noise unto the Lord.”  They say they can’t really sing, so they just make a “joyful noise.”  All of these are cute ways of describing what people have called for years “tone deafness.”

Now the medical community have renamed this, calling it “Amusia.”  Dr. William C. Shiel Jr., MD defines amusia as “The inability to recognize musical tones or to reproduce them.”[1]  He says the word amusia is made up of “a- + -musia and literally means the lack of music.”[2]

Neuroscientists from all over the globe have spent billions of dollars on time and equipment to try to understand what part of the brain did not develop properly or was injured to cause this.  They believe it must either be “congenital” (passed on from the parents) or caused by a brain injury.  Dozens, if not hundreds of studies have been done, and academic articles have been published on this, only to conclude that “further study is needed”[3] to understand what is happening in a person’s brain when it comes to matching pitches.

The problem is, everyone, including these neuroscientists, have approached this subject assuming that there is such a condition as “tone deafness.”  Nobody has proven that condition actually exists.  They say that amusia affects about 4% of the earth’s population, but that is just a guess, based on their flawed testing.  The testing is flawed because it assumes that this condition exist.  The testing does not prove the existence of the condition.

The truth is there is no such thing as “tone deafness,” only inexperience in matching pitches!  Every person alive can hear when they are singing the wrong notes, and with practice can learn to sing the correct notes consistently, if they want to put in the effort.  No test has proven that amusia exist!  The tests only determine that a person has not had sufficient experience matching pitches at the time of the test.

I have been working with inexperienced singers since 1976, helping them through the “pitch setting process.”  On average it takes an adult about six months to become consistent with matching their pitches.  The longest it has taken someone is about a year.  That person, however, had suffered brain damage from a motorcycle accident.  Sure it took him longer, but the point is he did it!  After that year he sung baritone in my college choir, which was the year we did Handel’s Messiah.

Medical science has been telling us for years about the brain’s ability to adapt.  Here’s a quote which addresses that point.

“The greatest factor in functional recovery after brain injury comes from the brain's ability to learn, called neuroplasticity.  After injury, neuroplasticity allows intact areas of the brain to adapt and attempt to compensate for damaged parts of the brain.”[7]

All these neuroscientists are wasting millions of dollars and their entire careers on a condition that doesn’t even exist.  Give me a couple of days with any person who has been diagnosed with amusia, and I will prove to that person that they can hear when they are singing the correct notes, and when they are not singing the correct notes.  If they want to learn to sing, I can show them how to do it.  There is no such thing as tone deafness, and amusia is a myth!  I have proven this dozens of times over my lifetime.  Give me a chance to prove it to you.

[Shamblin Stone is the Founding Director of www.theworshipcollege.com ]